Blockbusters at Home: SHADOW IN THE CLOUD 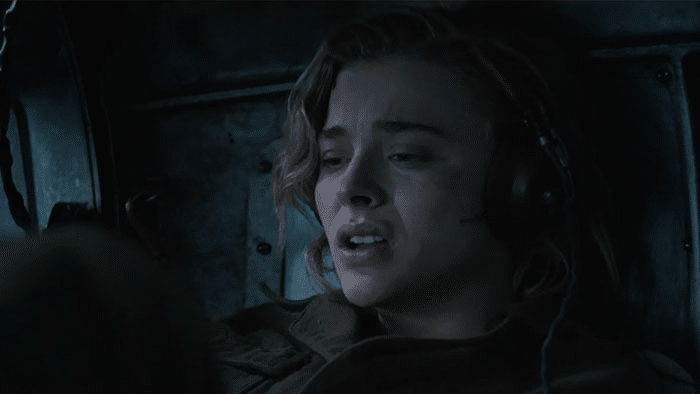 In “Blockbusters at Home”, we’ll take a deeper look at an upcoming movie releases that would have probably been wide theater releases just a few short years ago.

In our first edition we have Shadow in the Cloud which you’ll be able to rent on VOD (Video on demand or anywhere you rent movies digitally) January 1st, 2021. Check out the trailer before we dive in.

First thoughts: The introduction of giant bat creatures in the middle of the trailer changed everything. Now you have my attention. I had no idea this was going towards horror/monster territory and that’s just fucking awesome.

Chloe Grace Moretz is a bad ass and the kind of actress that could pretty much do any genre she wants. It’ll be cool to see what she does with this.

That being said, the CGI on the aforementioned bats doesn’t look so hot and the moment where she is dropped out of a plane and blown back inside of it by an explosion? Looks cool…..but will Shadow be laden with be just a little too unbelievable to enjoy? There’s just a huge difference between the kind of unbelievable action portrayed in a John Wick film and a late, hokey Resident Evil sequel. It’s hard to tell where this is going to land.

The Backstory/Reception so far: Shadow in the Cloud isn’t without some controversy. Red lights go off when you see that Max Landis is listed as the writer (just google him) but apparently the film was rewritten multiple times by director Roseanne Liang. Landis was only even able to keep his writing credit due to some unbreakable Writers Guild rules.

Shadow in the Cloud won the People’s Choice Award for Midnight Madness at the Toronto Film Festival this past year and currently sits at a 77% fresh critical rating at Rotten Tomatoes if that kind of thing matters to you. The consensus calls it “pulpy fun”. Why did I read that last part in Patrick Bateman’s voice in my head?

Fun Casting Ties: Apart from Moretz, the film also stars that angry teenager from Jurassic World; Nick Robinson and the dude who Batfleck has a run in with during the fight club scene in Batman V Superman; Callan Mulvey (also of Winter Soldier and 300: Rise of an Empire).

Will you check out SHADOW IN THE CLOUD on January 1st? I’m thinking I might. Stay tuned for that review by throwing your email in the box at the bottom of the page! We’ll send it to ya! As well as all the future rendition of Blockbusters at Home!