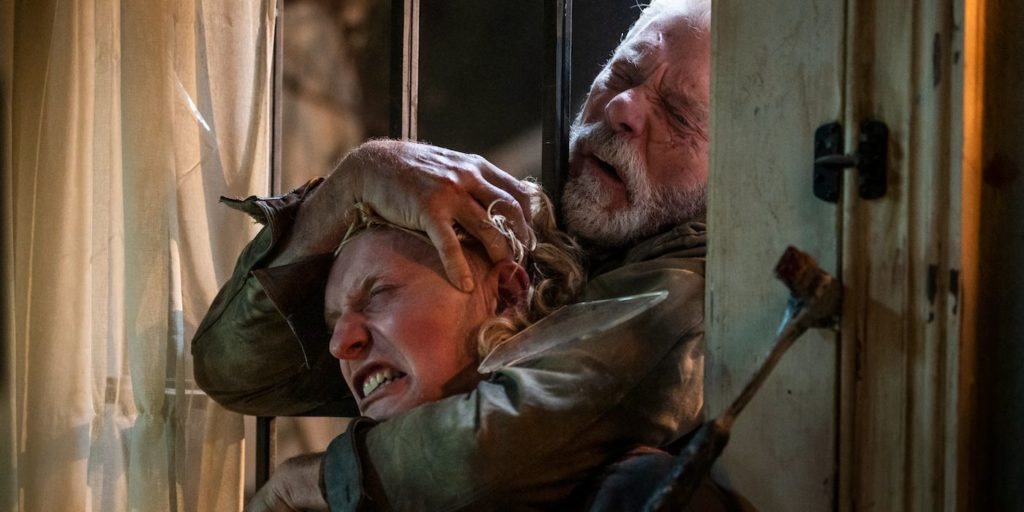 The trailer for Don’t Breathe 2 has just released and I am in a whole world of what the fuck?

We would have done a full on trailer reaction for this today but J’s under the weather from his Covid shot so this will have to do until Friday when we’ll talk about it again during the livestream. Speedy recoveries to J. Don’t worry, he’ll just be a little sick for a couple days. It’s not like he’s going to wake up blind trying to turkey baste girls in his basement.

I’ll post the trailer starring Stephen Lang below for you to check out yourself. My thoughts afterwards on Taken 4. I mean Don’t Breathe 2.

So, let me get this straight. The same guy who had a woman chained up in his basement that he was filling with a turkey baster full of his seed and tried to do it to ANOTHER woman is now a hero we’re rooting for? I mean I know one of them accidentally killed his daughter and the other broke into his house but goddamn he needs therapy, not a sequel.

Besides it’s more than A LITTLE fucked up that the guy is trying to replace his daughter like she’s a damn Labrador. And a lotta fucked up that he’s trying to do so using these women as her would be biological mother. He doesn’t need any damn kids, K? Someone call CPS. I’m not sure he should have a dog.

Anyway, scruples aside this guy now has a daughter that he’s somehow come into the possession of (GOD, I bet that’s a story) and he’s once again being fucked with by some douchers. They apparently know who he is, take his daughter and now we’re dead smack in the middle of Rambo 5 again.

I’m going to give Don’t Breathe 2 the benefit of the doubt because unless this is a short film there has to be some twisty turns here that take this movie to a whole different territory than we were allotted in the trailer. I can’t help but wish though that Fede Alvarez would get out of the Producer’s seat and back in the Director’s chair. It doesn’t feel like we’ve gotten enough out of him yet for him to be Sam Raimi-ing us with all these Producer roles.

What’d you think? Be sure to check out the livestream Friday night for both our opinions on this and all the horror news of the week! Here’s our spoiler review of the first movie: