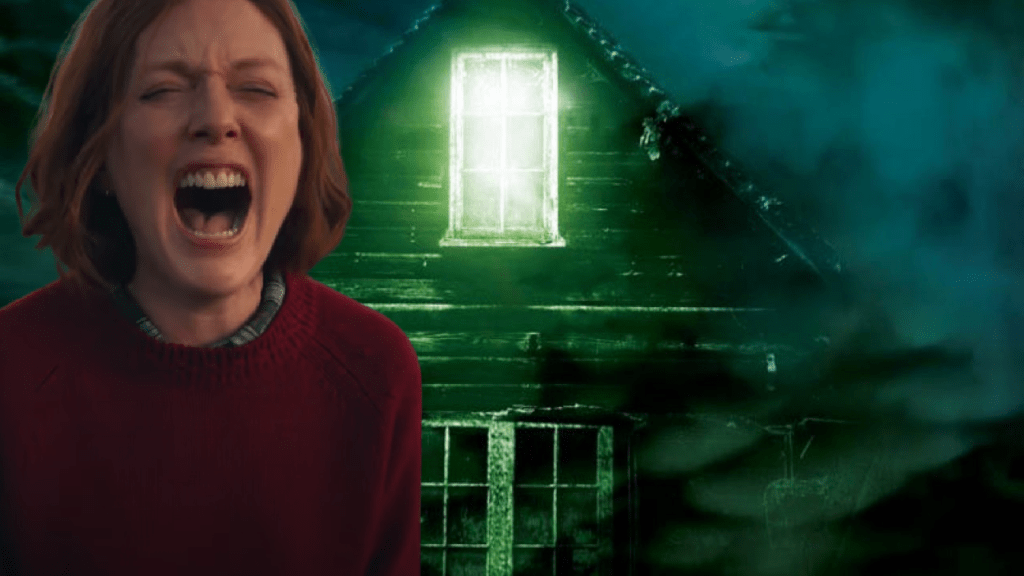 Written by (and teleplay by): Stephen King

Plot: (From IMDB): A widow becomes the object of a dangerous stalker, obsessed with her husband’s work.

A favorite thing about Stephen King adaptions is that they all seem to share a common thread, no matter how differently concocted. King is the obvious thread; but also an almost unexplainable eerie “rainy day” feel. This is especially true in the case of his overly long three hour plus made for TV versions. More often than not, that quality and strange (dis?)comfort is a positive in it’s own way. It also only exists because the adaptations typically aren’t traditionally frightening. They may come across as spooky, creepy, entertaining, moody or strange but it’s rare that one is actually scary in my experience. With the obvious caveats like The Shining or IT.

One episode in and Lisey’s Story (which King also wrote the teleplay for) has the potential to do just that.

All of the usual King-isms are present. The aforementioned rainy day feel. The whole aura that Maine provides whether the story is written or actually filmed there, just seems present. The story itself (This coming from someone with no knowledge of the source material) unravels slowly but does so with sharp moments of violence and even gore. Not the gratuitous, genre pandering kind but the heavy kind that you can feel in your heart and on your own skin. Also, though….pleasing to the genre fan as well.

The cast of the show is impressive itself but so is the pairing of King and JJ Abrams as producers. When the show moves quickly between it’s emotional interpersonal horror and into a looming possible otherworldly mystery, you can really sense Abrams early Lost “mystery box” mentality shining through and it’s a welcome dynamic. But as we learned from Lost it’s all in how you finish. We’ll see where all this goes but for now it’s provocative and bound to get the people goin’.

Dane DeHaan is absolutely frightening. Kudos to both him for his performance and the makeup and design team for somehow completely transforming him but also I can’t tell what they hell they did. There are several moments for his character (and for Julianne Moore) where they really “go for it” in terms of the performance. It’ll turn some people off and there may even be some unintentional laughs (again, unsure of the source material and what’s actually happening in their heads) but personally? I dig it. I’m creeped out by it. I wanna see where this all goes.

Lisey’s Story so far is far sharper and at least has the potential to be scarier than I ever imagined from watching the trailers. I absolutely recommend being pleasantly surprised by it yourself.

8.5/10 so far! More from We Watched A Movie: Seance Movie Review