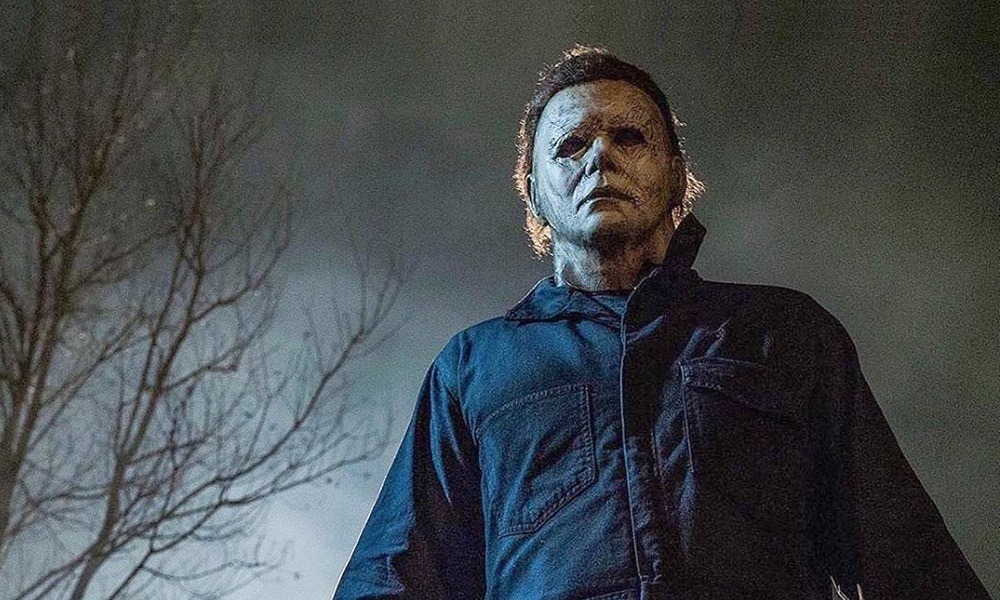 Not only does the novel for Halloween 2018 answer some questions fans have debated since it’s release (Did the podcaster die? Did Laurie actually cause the bus crash that freed Michael? Yes and no) but it also has some fascinating insight that couldn’t have been garnered from the movie alone. Including thoughts from Michael’s POV as he slashed his way through Haddonfield. The author, John Passarella wrote the entire book using at first, the original script for the film. Before any re-shoots took place.

In an exclusive interview with yours truly, Halloween 2018 novelist John Passarella was kind enough to share some new insights and details into everything from the process of writing the novel (using hundreds of thousands of photos from the set) to the original ending of the script.

“In the original script it was a lot more ambiguous. After I read it I emailed my editor I said are you sure this is the final script? I almost felt like I was missing a couple of pages because I’d been told or expected that this was it. This was the end….Michael is just sitting in that area where Laurie has the mannequins for shooting practice. He’s just breathing heavily and it’s like is he going to eventually die? Or is he gonna stand up and be fine?” He continued “I just thought I’m missing something. This doesn’t feel like the end. So I contacted her to make sure this was the final script and she checked and said Yup, it’s the final script. So, I started working and I was a week or two into it and I heard they were doing reshoots and I thought I might get a whole new script but instead I just got the revised pages.” Speaking specifically about some of the details about the original ending of Halloween, he said: “In the original script there’s a scene with a crossbow out in the front lawn and everything’s taking place out in the front lawn. And that was all changed because the cage and the house being this prison for him, none of that was in the original script. So they added all that back in those ending pages where they show her checking all the cage doors to be able to lock him in there to make it a more active plan rather than a passive plan to just attack him, to be luring him into this trap.“

John also talks about the character of Sartain and how they had originally filmed a scene showing him actually help Michael Myers escape the bus:

“Well, that’s part of the reshoot. Because initially it was a lot more vague because they wanted it to be a big twist at the end. I think at the test screenings it was so vague that people felt cheated. So, in the reshoots…aside from the ending changing they put in some flashbacks. Like, memory flashbacks of him (Sartain) in the hospital and then some flashbacks of Laurie’s daughter growing up.

When asked if in these memory flashbacks they actually showed Sartain helping Michael during the bus scene, he said:

John is a hell of a nice guy and you can check out our entire zoom interview with him out below, where he divulges many more fantastic details about what it’s like to work on a Halloween novelization.

Also, you can buy his signed copy of the novelization here on his website. Or, he says you can send him your copy and he’s happy to sign it for you. For all your Halloween news be sure to subscribe to the We Watched A Movie newsletter below!