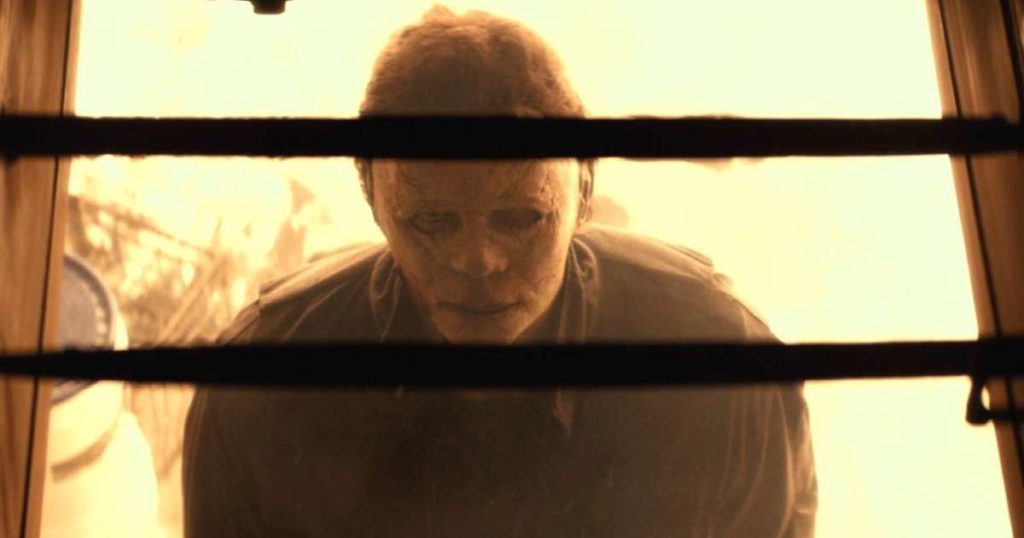 Halloween Kills in definitely coming in October of 2021 but is Halloween Ends coming in 2022? Will it be shooting this year? Something we’re all impatiently waiting to find out about. Loomis screaming at small children in the streets levels of impatient. With each passing day we all begin to wonder if there’s plans to shoot it at all this year, or if Universal will decide to wait until pandemic restrictions ease in 2022.

The man who played Michael Myers so magnificently in 2018’s Halloween was recently interviewed by Halloween Daily News and was asked about the current status of ‘Halloween Ends’. He responded:

“I mean who knows, because its so hard to tell what’s going to happen with all this pandemic stuff. I know David (Gordon Green) is again being such a compassionate guy. He wants to get people to work because he knows people….the work a day people, the crew, craft service, the grips” he continued…..”they’ve got mortgages, they’ve got kids in school, they’ve got a million things they have to take care of and David is very sensitive to that. Wanting to get people back to work in a safe way. When I talked to him before they started work back on Righteous Gemstones he said you know, they are really trying to figure out this protocol, the Covid protocol thing. But at the end of the day …I think we’ll be able to get it. The way things are looking now but again it’ll be shot at it’s perfect time. The perfect time will come” he continued “When everybody can get together the cast and crew it’s gonna happen and we’re all dedicated to it. Every one of us is like this is our number one priority.“

There you have it, it’s pretty hard to tell for everyone right now whether or not we’re going to get Halloween Ends by next year. That being said, imagine being an actor, actress or set worker for the film. Not knowing whether or not your going to be working on the film this year or next. It has to be extremely to play this waiting game. I’m sure we’ll all find out very sure and again, we’re DEFINITELY getting Halloween Kills this year. So, it’s cool.

On The Process of Signing on for Halloween Kills:

Something else I found interesting about the interview is what James Jude Courtney mentioned about him signing on for both Halloween Kills and Ends.

If you remember, it took a while for James Jude Courtney to be officially announced for Kills. Even though a lot of us considered it a done deal since his performance was so well received in 2018’s Halloween. It even got to the point where we all started to wonder what the hold up was and if he’d be back. Jude Courtney not only addressed this but he also announced that he is now signed on for both sequels:

Super excited to see James Jude Courtney mess people up as the shape in Halloween Kills AND Halloween Ends, whenever it graces us with it’s stabby presence. Check out the full interview for yourself below as well as our interview with Andi Matichak here.