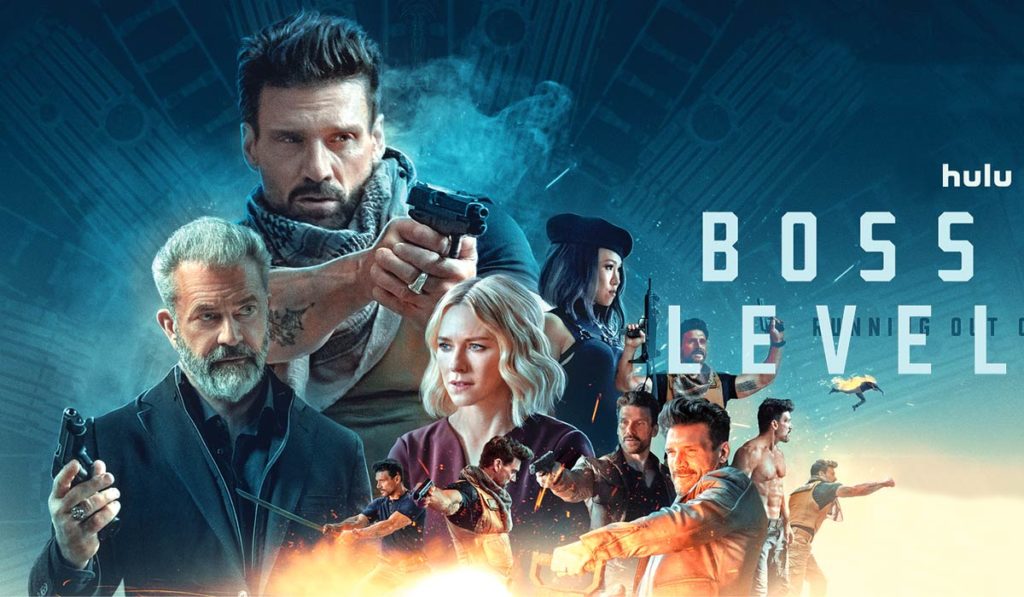 Synopsis: A badass war hero is stuck in a video game like time loop where assassins are trying to kill him from the moment he opens his eyes.

Boss Level is a wild video game premise in the realm of the upcoming Ryan Reynolds flick New Guy or Scott Pilgrim vs. The World. Albeit totally different in tone. It’s also a balls out, gory, action packed John Wick style modern action flick. The special effects and fight choreography is awesomely over achieving considering we’re talking about a non-theatrical release (available on Hulu now). It’s both a shocking surprise that it’s this good and not….because the movie hosts a bunch of talented people who are also far too often overlooked.

A Sum of it’s Underappreciated Parts:

Joe Carnahan directs Boss Level with the frenetic and violent energy of his misunderstood Ryan Reynolds flick Smoking Aces. This film stars Frank Grillo, who is one of the most overlooked action stars and actors of our time. In my humble opinion.

A guy who should’ve been handed the keys to a Punisher franchise long ago. A guy who can handle the forever rare combination of believable action bad ass and emotionally complicated human. Excuse me if I’m gushing but it’s something that’s more rare in 2021 than a civilized political conversation on your weird uncle’s Facebook page. It barely exists. At all.

Naomi Watts is also an actress who’s been constantly impressive yet feels under appreciated. Cap it all off with one of the greatest and still for some reason held back actors of all time, Mel Gibson. Who’s time in the film is limited but made the most of. Gibson delivers bad guy soliloquies with the extra emphasis that only an actor of his caliber can bring. Christ, even his reaction to a simple scene like being stabbed in the hand is notably more dynamic than you’re used to. He’s underappreciated. Like the movie he’s in.

It’s fitting Boss Level is being overlooked currently considering it’s cast but forget all that.

Here’s Why You Should Give it A Watch:

Boss Level features action scenes that are over the top and dare I say full of fun violence. The type you see in the aforementioned Deadpool and John Wick. It’s violent, it’s impressive, it’s charming and fun.

As impressed as I’ve been with Grillo’s turns in his previous films he’s fully charged as fuck in this one. Not only does he seem bigger, faster, stronger but more witty than ever. A scene where he’s drunk and hitting on a bartender is one I’ve seen done a hundred times before but rarely as believable. You can feel the dude’s buzz. You can feel his sadness knowing deep down he’s fucking up (he’s a flawed hero).

All this is packed into the type of wild video game, Groundhog Day premise that fails 99 out of 100 times. Usually they get too repetitive and bore the shit out of you. Carnahan, however makes it fun. He finds a way to not only recreate the same action scenes ten times without them becoming stale….but switches up the violent details in ways that’ll have you excited to see what he’ll come up with the next time.

Boss Level is fun as shit and in a different time would be blowing up the box office as a hit Summer action film. It just so happens that it’s on Hulu right now. Watch it! Let me know what you think below.

Another movie out now on VOD we recommend: Synchronic 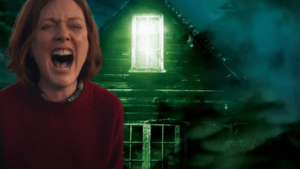 HALLOWEEN Novelist Talks About 2018’s Original Script Ending + More
Woman Finds Creepy Ass Photo In Thrift Shop DVD Copy of THE RING
THE CONJURING: THE DEVIL MADE ME DO IT Officially Gets an R Rating
Everything New to Netflix TODAY, April 1st
Comic-Con Has Been Moved to Thanksgiving + People Are Pissed