Review: SYNCHRONIC (Out Today) is Dark, Entertaining and F*cked Up in All The Right Ways 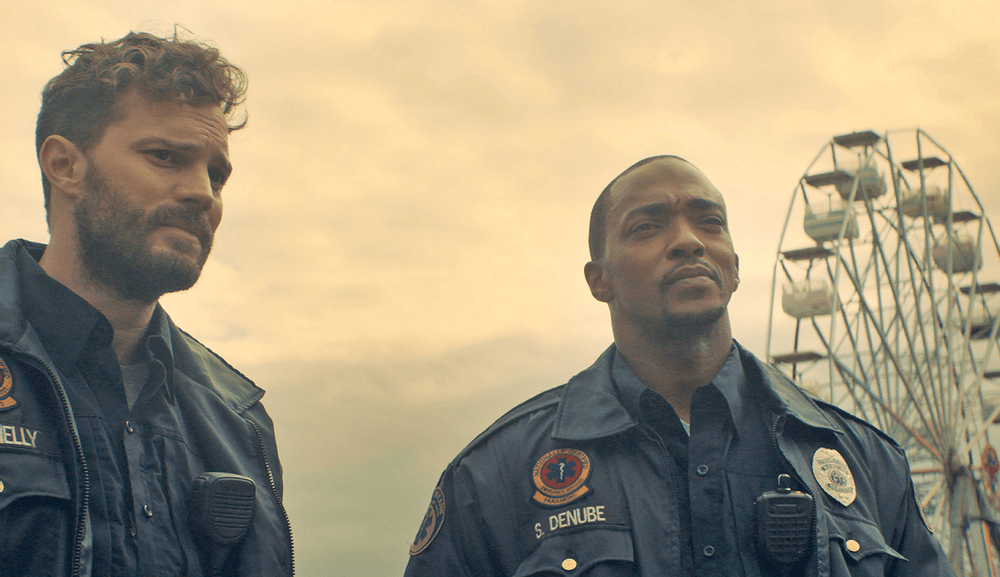 Two paramedics in New Orleans keep stumbling across the mutilated victims of new synthetic drug Synchronic with other worldly side effects.

The first thing you’ll notice about Synchronic is that in a non-pandemic world, it’s a theater film. No, not like the kind where you say “theaturre” like you’re the Monopoly man but a film that is good enough to be a wide release in theaters everywhere. It’s filmed beautifully and at no point does the naked eye notice any kind of budget restraint. Which is impressive for a Sci-fi film that involves possible time bending and other such things and is debuting on VOD.

It’s a bit hard to review Synchronic without giving away important plot points but what I will say is that the relationship between Dennis (Dornan) and Steve (Mackie) is the heart of the film. The two paramedics share a dark comedy between them that is reminiscent of a buddy cop situation, if those two cops spent their nights surrounded by whatever the most heinous thing that happened that night in New Orleans happens to be. They have dark lives and they are kind of dark dudes. Both actors are fantastic in the movie and I’ve just added Jamie Dornan to the list of dudes who turned their career around from heart throb to actor who should be taken seriously. Along with the likes of Ben Affleck, Matthew McConaughey, Robert Pattinson and Justin Timberlake. Welcome to the club, handsome.

Synchronic has all the elements of a trippy, moody Sci-fi flick but with the accessibility and entertainment value of a film like Bradley Cooper’s Limitless. Benson and Moorhead are able to refrain from chopping the films narrative up and muddling the plot to make themselves seem smarter and it really pays off. That being said, this isn’t Transformers. The film is as dark as it is entertaining and as much as this is a sci fi drama with horror elements, it could also be seen as an on the job film about paramedics. Like if Mike Judge dropped acid while in a bad mood. The bad mood part is key here because even if this is an impressive place to spend a couple of hours, it sure as shit isn’t a happy one and that’s okay sometimes.

8.0/10 Recommended when you want a clean, dark, fucked up film to watch at night.