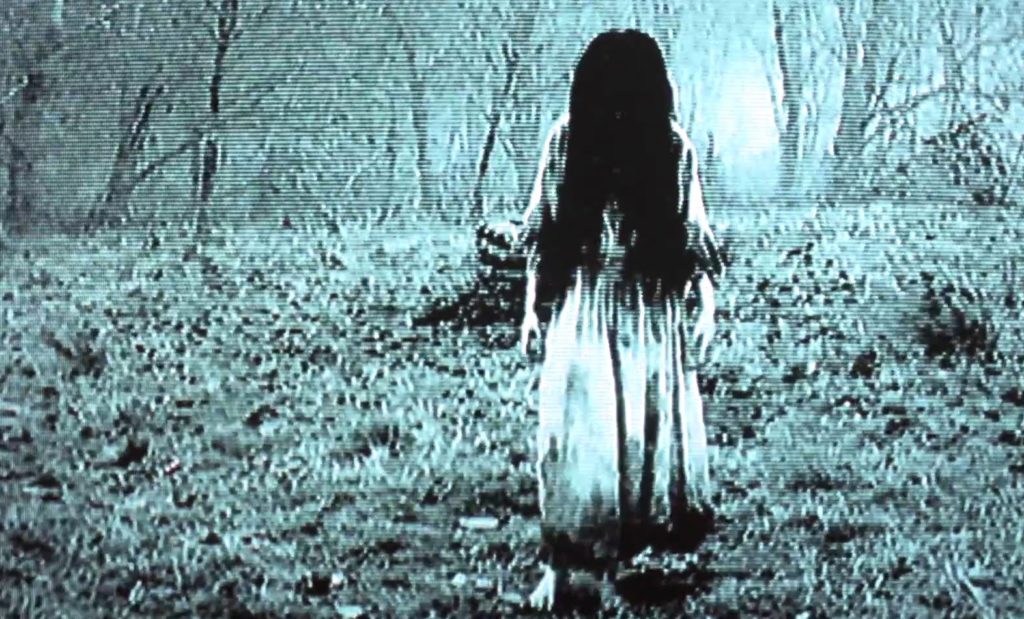 I have two rules in my life. Number one, don’t draft a Patriots running back in fantasy football. Number 2, don’t buy used copies of The Exorcist. I have now expanded that list to include The Ring.

Gore Verbinski’s 2002 remake was one of the scariest movies I saw in a theater growing up. Though people may be desensitized to it now, at the time it was pretty gnarly. It’s still pretty gnarly for probably totally cursed now Twitter user and thrift store movie buyer, Riley Cassidy.

She posted on Twitter that she received an better deal than she bargained for when purchasing a DVD copy of the Naomi Watts led horror flick recently. It came with a free photo of what we’re probably about to find out is a missing person. Check it out yourself:

Viewer beware, you’re in for a chick with blonde hair. Haunting you. Until you die from it. JUST KIDDING! Probably!

On the surface this looks like a totally normal kodak shot of a blonde chick randomly stuffed into….a copy of The Ring. Because that’s where I put all of my totally normal pictures at too.

I meant what I said in the tweet, we need the internet people to get the fuck out there and find this girl. I feel like a bad guy in a Jason Bourne movie screaming at a room of computer nerds. “I want to know who she is, how she’s doin’, where this picture came from and how it ended up in a goddamn Ring DVD at the motherfuckin’ Goodwill. GO!”

Riley seems like a good sport so you should give her a follow on Twitter @RileyCassidy1 ……. the account will probably still be around for at least, I don’t know…..seven days? Also, check out this article about The Conjuring: The Devil Made Me Do It!

UPDATE: You guys aren’t going to believe this. My good friend Vinny just uncovered some insane shit. Check out the 2nd tweet.